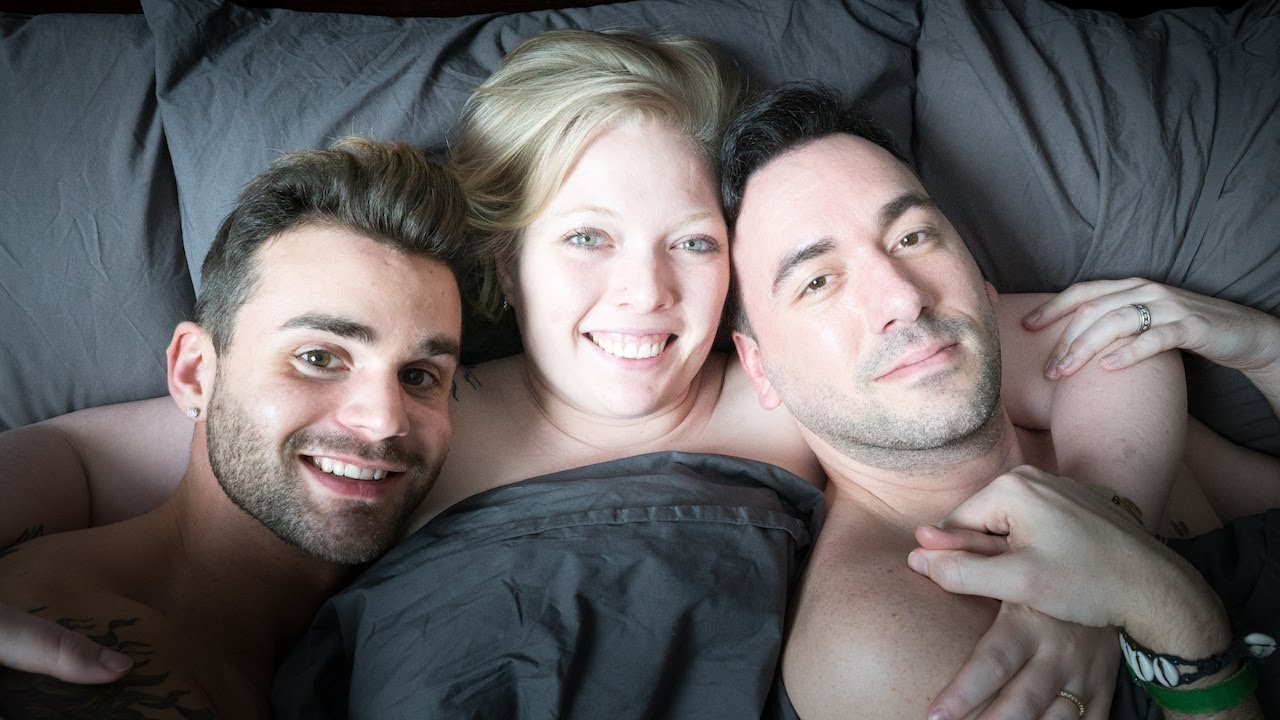 Here’s a list of tips to help you during your first DP adventure!

Safety
First, you’ll have to decide which holes are going to be involved. If you’re comfortable, you can try using both phalluses in a single hole, but many people might find that to be uncomfortable, especially if they’re not used

Then, decide on what you’re going to be using for your DP. You can go with two toys, one toy and a penis, or two penises. There are risks and rewards for each one.

Two Toys
Perhaps the easiest and potentially the safest method, you don’t need to even have a partner to partake in two toy DP. The only thing you have to worry about is if your toys are clean and how you keep them clean. Remember, don’t switch between orifices without washing them off, or applying a new condom. Condoms should be used on any and all toys that you don’t know the material make up of. They might be porous. Read our article, What Is My Toy Made Of?, to learn more about toy materials.

One Toy/One Penis
The addition of a toy to your partner’s penis will drive you wild! This is a great way to satisfy that urge without committing to the two people attached to two penises.

Making sure to use a lot of lubricant (like WET’s Synergy), have your partner first put the toy in first, adjusting it if need be. If you’re DPing in a single orifice, you may want them to go in first and get adjusted before adding the toy to the mix. Either way, the important thing here is lots of lube and lots of communication.

Your partner may take some time and practice to get used to using the toy and pleasuring himself at the same time, and you may need to give him directions on what feels good, what’s hurting, etc. This is a great way to practice your communication skills with your partner.

This one probably has the largest associated risk just due to the fact that you now have to worry about two human beings instead of one. In conjunction with worrying about STDs, potential pregnancy (if you can get pregnant), you may also worry about the feelings of both partners. For many, this can be a big commitment, especially if you’re involved romantically with one partner.

This takes much more information and discussion than will fit the theme and purpose of this article, but a good starting point is this article on polyamory over on our brother site, Condom Depot. You can look forward to articles about safe polyamory here at Spicy Gear soon.

Once you’re sure that all parties involved are cool with a three-or-moreway, you’ll still have some things to think about. The other big risk with the two penis route is the condom problem. If you’re putting both penises into one hole and both penises are wearing condoms (as they should be), the friction could cause the condoms to break, just like if you were wearing two condoms or pairing a male, like Crown’s Skinless Skin, and female condom, like the FC2.

Currently, the best way to combat this is just to use a lot of lube. Keep plenty of silicone-based lube, like WET Platinum, on hand so that everything stays slick and you don’t have to keep reapplying.

To butt or not to butt?

In fact, even if you go the butt route with a toy or toys, it’s still important to wear a condom. The anus has a lot of bacteria, even if you’ve cleaned it to the best of your ability. It’s

Another thing to accept about sticking things in the butt? There might be poop. Sometimes it happens. That is poop’s house you’re knocking at, so don’t be surprised when it answers. Wearing a condom will prevent unintentional contact and the unintentional transfer of bacteria which may cause infections.

Believe it or not, having one of the occupied orifices during DP be your mouth still counts as DP. If you find yourself not quite ready to commit to two penises down below, try the good old spit-roasting position. You don’t even have to have a second partner if you’re not quite comfortable with that.